A downloadable VR game for Windows

What led you to this ancient mountaintop temple hidden deep in the jungle? Making your way inside is going to be tricky. You spot a blue bird that looks at you and flies away. You sense that it has something to tell you...

Eye of the Temple is a VR game that lets you explore a vast and treacherous temple using your own feet. Keep your balance as you step from one moving block to another, dodging traps and solving puzzles with your torch and whip in hand. As you explore the Temple complex and its past, you might just uncover the mystery of the Eye, and find yourself becoming part of its legend.

Eye of the Temple makes unique use of room-scale VR and delivers the experience of exploring a vast environment. Lose yourself in the depths of the temple without teleportation, artificial locomotion, or other distractions taking you out of the immersion.

Wield your whip to grab levers out of reach and to defend yourself against flying enemies. You'll find yourself gradually improving until you've mastered it as a reliable tool and effective weapon.

An Experience Played with Your Own Body!

Step onto blocks, smash pots, flick levers, and dodge obstacles. This game is played with your body, not with controller buttons. It's a physical game that anyone can easily grasp whether they normally play videogames or not.

Search for Secret Areas and Treasures!

The Great Temple holds secrets that only the most observant would stand any chance of finding. Be on the lookout during your playthrough, or return to search the temple after finishing the game.

For the extra daring adventurers, a speedrun mode can be unlocked where you can build up incredible speed, with every timed step speeding up the moving blocks a bit. Play it for a true test of your reflexes and grace.

This game is under development

You can follow the development of the game at @EyeOfTheTemple on Twitter or reach me at @runevision.

This VR game is currently unavailable 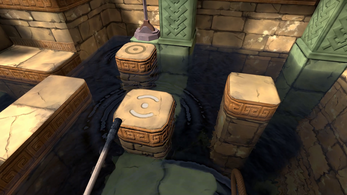 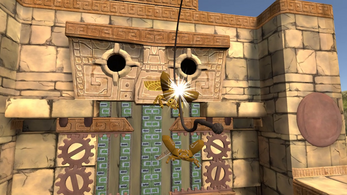 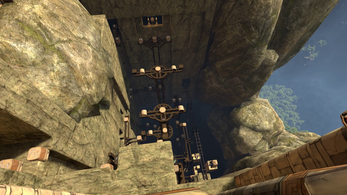 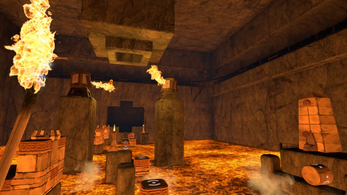 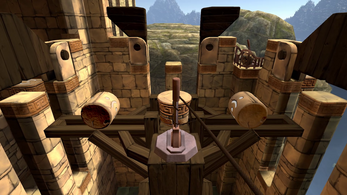 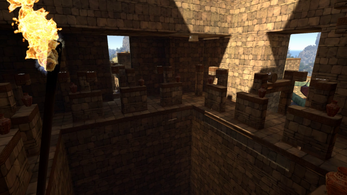 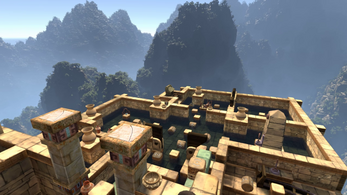 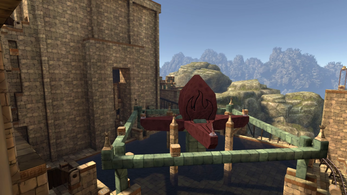 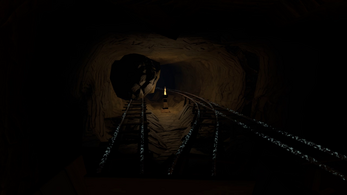